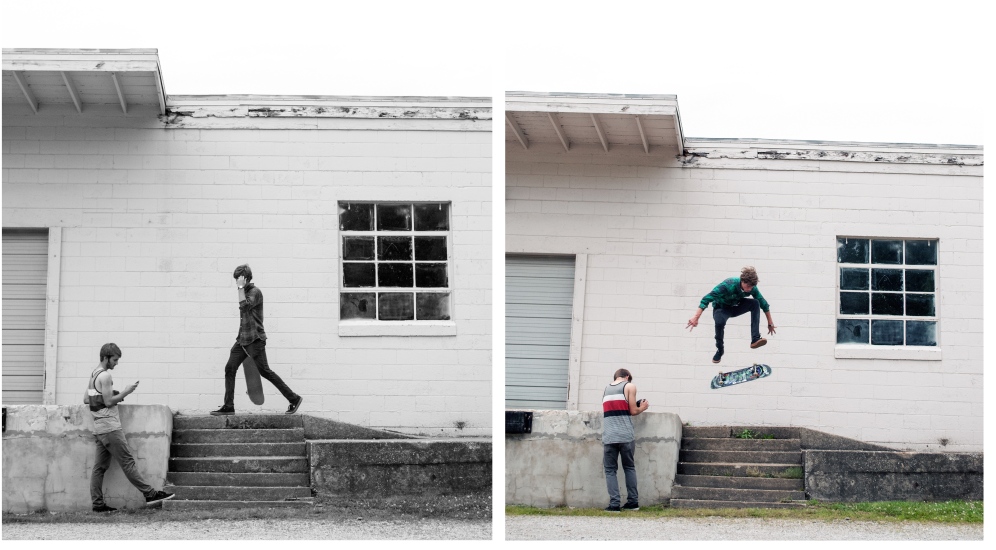 Gritty, dangerous, fun, stylish, and sometimes even illegal, the underground sport of skateboarding is a social activity, an adventure to find, a mountain to conquer. In short, it’s totally awesome… Josh Randle has been taking those adventures for years, and along the way has become a very talented, photographer, friend, and asset to the regional skate scene.

Soft spoken, and witty, Josh has an eye for life and style.  Josh, Isaac, and I hung out for a few hours on a saturday morning looking at inspiring photos and talking about the adventures that came with them.

Josh and Isaac hanging out during the interview

Alex Bradburn on a moped-Litchfield, IL

I (Brian) first started realizing that there was actually a pretty cool, albeit small local skate scene when small town cool collaborator and friend of mine Isaac Reynolds and I went to Jolly Roger skate shop in Belleville, IL. That’s where I first met owner/ screen printer/ veteran skater Keith Whetstone.  Isaac and Keith skated for about an hour while I read skate books and listened to the local kids in the shop talk about skating. I’m no skater, and never will be, but even as an onlooker those dudes were crazy… 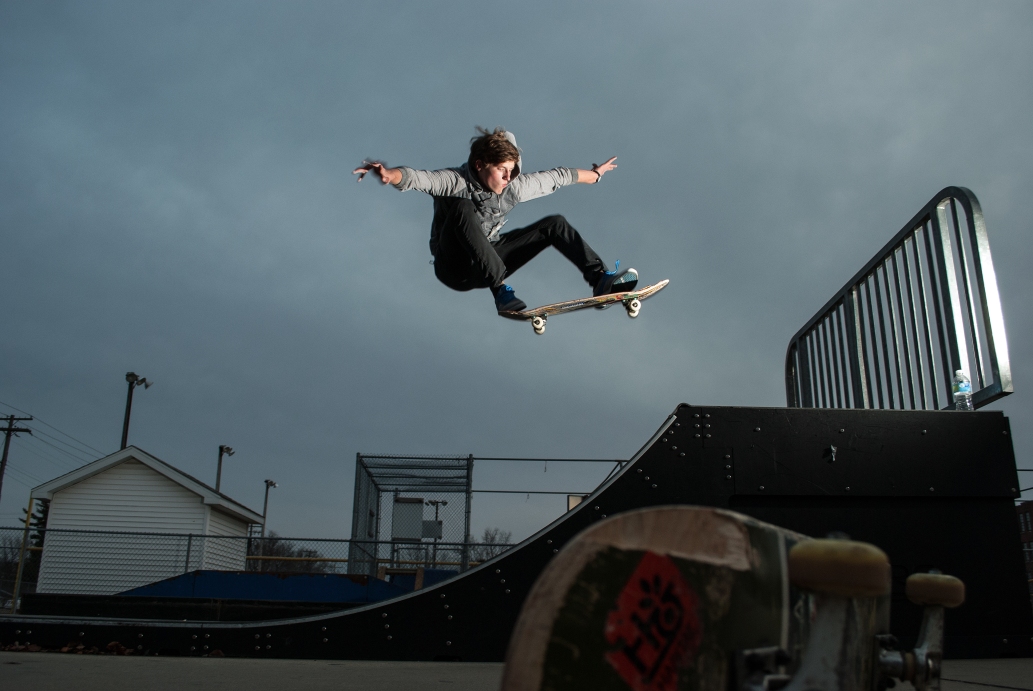 It’s then that i started to hear about local guys like pro skater Corey Hendricks, a post Californian moved back to the area (Gillispie) to be close to family. 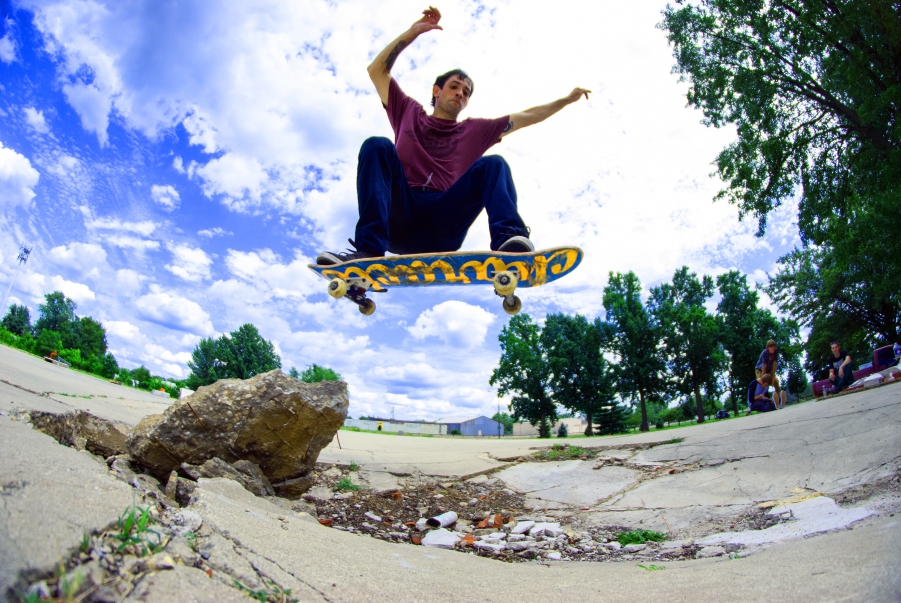 I had no idea, there were good skaters around here, like Corey, sponsored by Theeve, DC, Guano (Jolly Rogers wheel line) and Character skate boards.  What a better way to get introduced to these guys than through my new buddy Josh and his photos. Here’s a little peek into the lives of these local guys, doing something cool that they are passionate about- 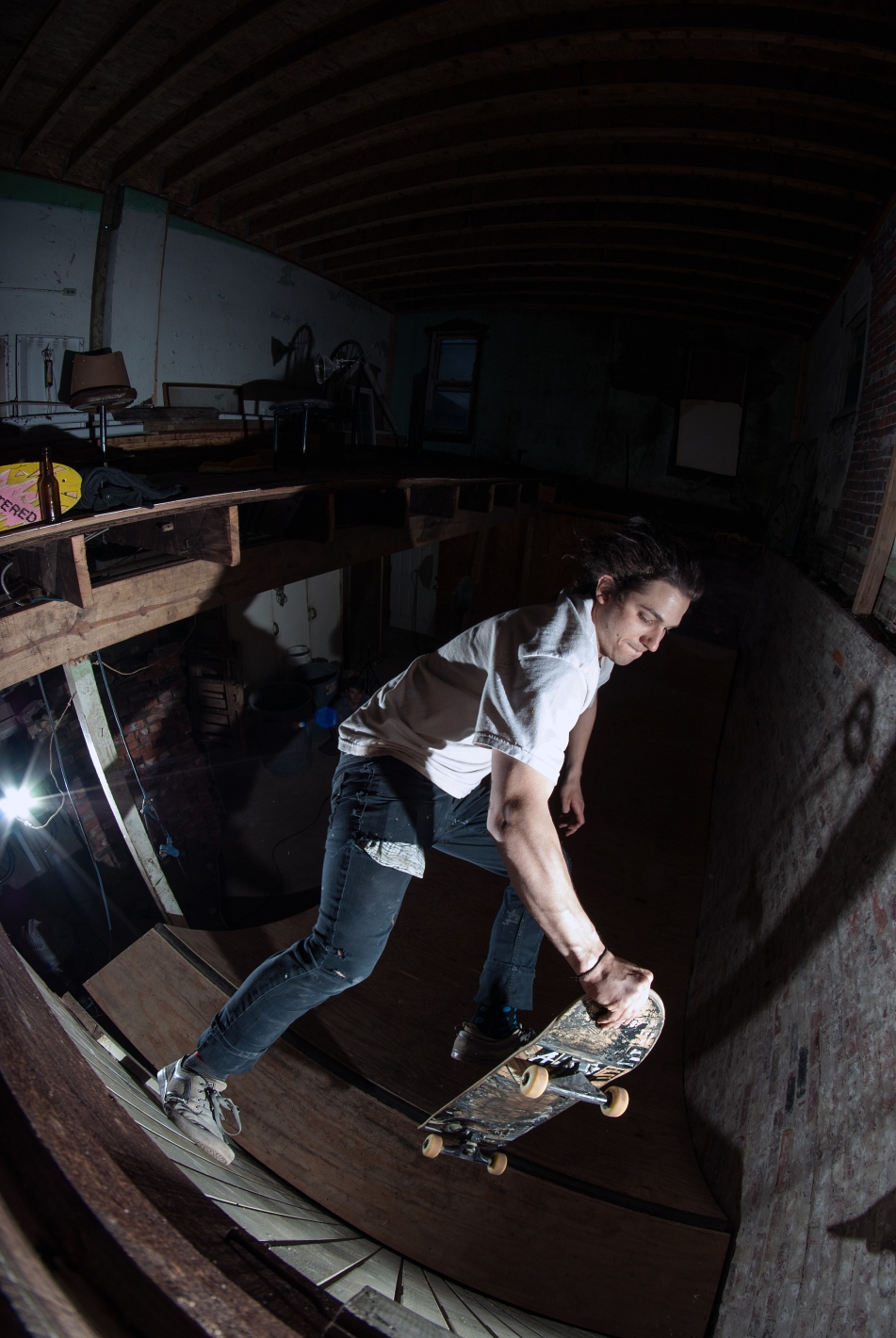 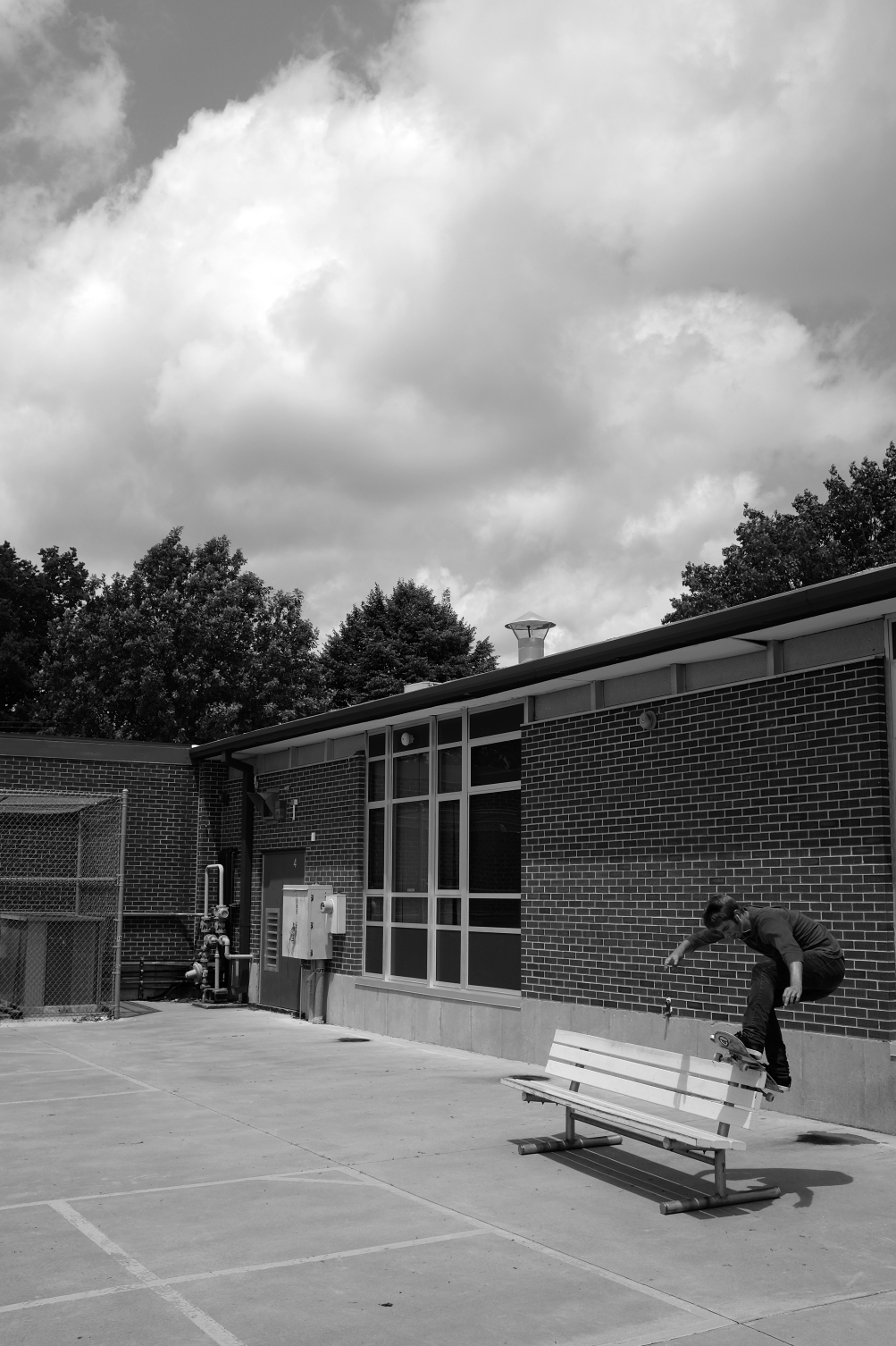 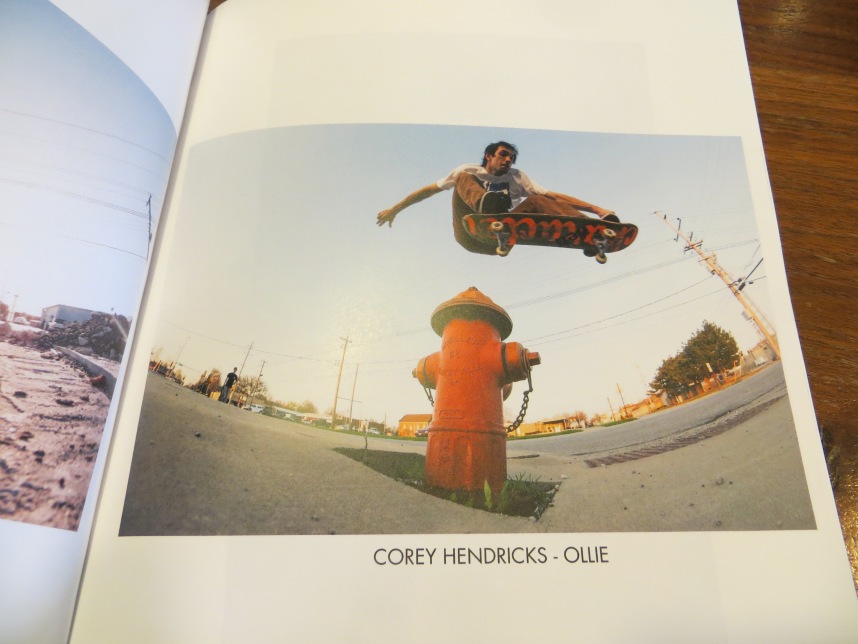 I’m continually surprised by the talent and level of artistry that people can live at in our small town.  It reminds me to give my all at whatever I do, not in a dangerous way, like, ahem, skateboarders do, but still, maybe a little of that… I hope it helps you do the same- Small town cool